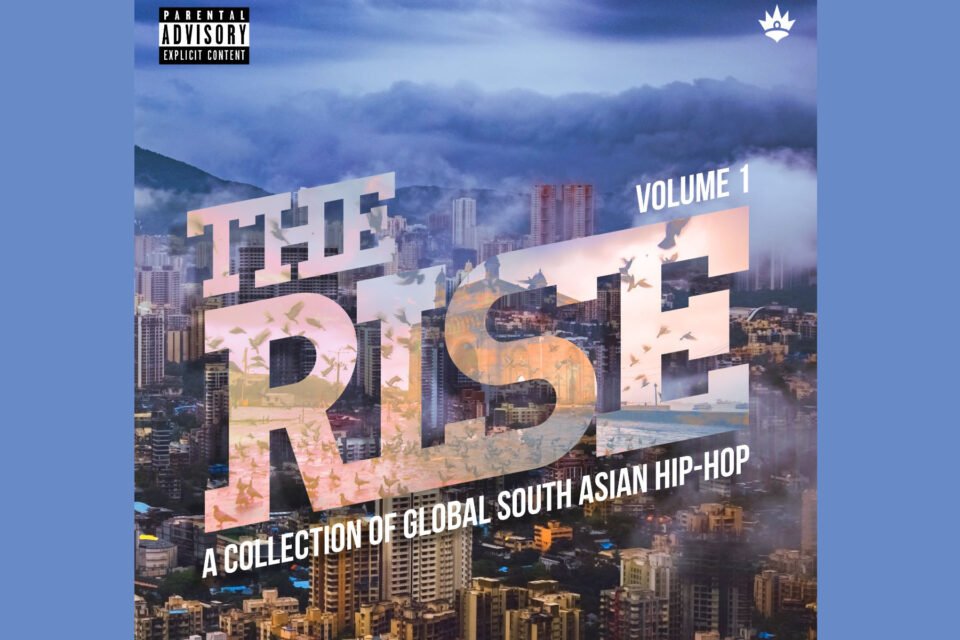 In honor of Hip-Hop emerging in India and other South Asian regions in the past decade including the diaspora, Rukus Avenue Music Group has released a collection of South Asian Hip-Hop music in a compilation album titled The Rise on May 24, 2022, across all global music platforms.

To celebrate the evolution of South Asian Hip Hop, Rukus Avenue Producers have put together the music album featuring some of the biggest names in the global South Asian Hip-Hop space.

Rukus Avenue founder Sammy Chand was the pioneering force behind the South Asian hip hop movement in the mid-90s, as groups like Karmacy, Kanwar Gill, Bohemia, and others drove the foundation of the cultural intersection of the budding music genre in the 1990s to early 2000s.

“The Rise is everything that Hip Hop represents; expression, attitude, art, and culture,” said Dan ‘D-Boy’ Naqvi. “The collection features South Asian artists from all around the world, and each artist involved has a unique sound inspired by Hip Hop music. It’s universal!”

The album will feature 25 mastered tracks by 35+ South Asian artists, musicians, and tastemakers from all over the world including the U.S., U.K., Canada, Nepal, Pakistan, India, Bangladesh, Sri Lanka, and more. In addition, tracks on the album are in various languages including English, Hindi, Punjabi, and more.

Rukus Avenue has focused on amplifying the music careers of dozens of AAPI artists over the past 25 years to share their stories of struggle, and victory. They strive to set themselves apart in the world of music. Some of their management roster includes Ruby Ibarra, G Yamazawa, Satinder Sartaaj, Tish Hyman, Anik Khan, and the late Bollywood pioneer BappiLahiri, among many others.

“We want to share South Asian voices and showcase the unity and community that exists through hip hop music — from our Motherlands to the South Asian diaspora, and on to the world stage,” said Anchal Chand, President of Rukus Avenue. “Our dynamic and diverse artists showcase our personal South Asian stories and experiences while bridging the gap between cultures and contributing to the mainstream dialogue in music and beyond.”

The Rukus Avenue team believes the Hip Hop medium welcomes all voices, and the reality is that all cultures use the form of Hip Hop as a vehicle of expression.

The Rise is available on all streaming platforms including Spotify, Apple Music, and YouTube on May 24, 2022. For more information about The Rise or how Rukus Avenue is further involved with music, social good, community arts, and culture visit www.rukusavenue.com. Access, download, and listen toThe Rise (entire album MP3 catalog) by clicking here.

Founded in 1996, Rukus Avenue’s confluence of cultures has had a signature musical expression that has been noted for its cultural contribution to America. As a music company with a 24-year history, Rukus Avenue captures a movement taking place worldwide to bring social change through music. Its storied history has featured artists that have been recognized by the New York Times, Smithsonian Museum, BBC, and more. Ruckus Avenue is considered the conduit of the South Asian music movement in North America, and believes in innovation that pushes the boundaries of expression through our unique mixtures of Eastern & Western Cultures. For more information visit www.rukusavenue.com.