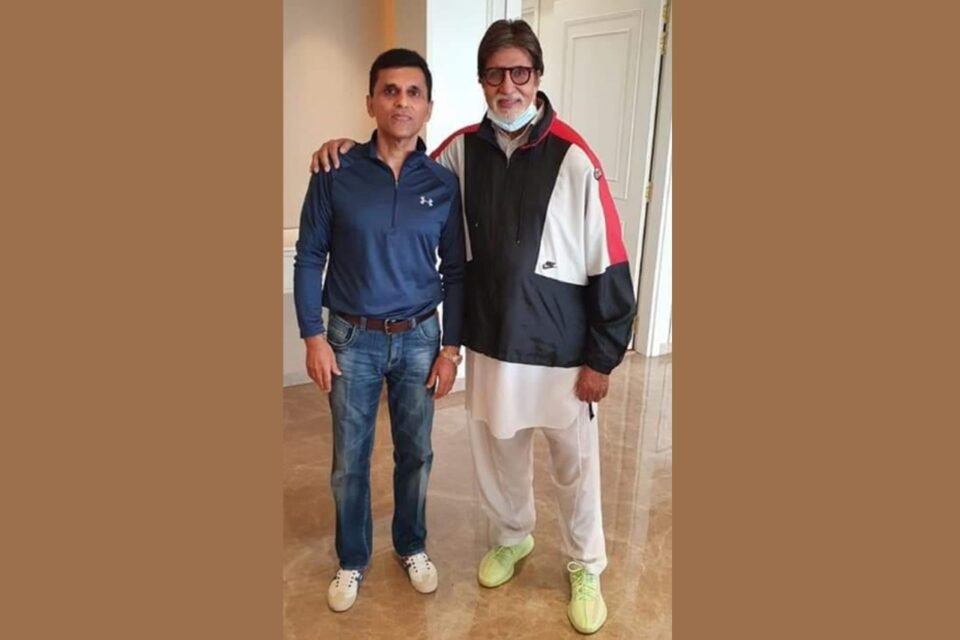 In the last few years, the Gujarati film industry has experienced a paradigm shift as innovations are being done in the industry and films addressing new subjects are being produced. Gujarati filmmakers are exploring uncharted territories and even taking risks for the sake of innovation, while following their artistic instincts. In the course of this journey, filmmakers are experimenting with hitherto unheard of, untried and untested creative landscapes in one film after the other- taking giant leaps with each passing film!

One such epoch-making film being produced by Anand Pandit under his banner ‘Anand Pandit Motion Pictures’ will include a cameo by the none other than Amitabh Bachhan!

It will be a milestone Gujarati movie in which the uncrowned emperor of Bollywood – Amitabh Bachchan- will be seen delivering dialogues in Gujarati!

Amitabh Bachchan and Anand Pandit’s friendship is an open secret in the film fraternity. At an event hosted by Pandit, Bachchan Ji said, “Anand Pandit is my friend, and now a part of my family.”

Anand ji shares, “I am a native of Gujarat- Ahmedabad. And watched Amitji’s many films in Ahmedabad’s theatres. It is a matter of joy and extreme pride that it was possible for me to bring Amit ji on the Gujarati silver screen! We had earlier done ‘Chehere’ together but I didn’t expect that Amitji would work in this Gujarati film without any expectations in return. I am grateful to him for taking out the time for this film.”

Pandit adds, “Our Gujarati film’s name is ‘Fakt Mahilao Mate’ (for women only). I am confident that it will bring about a lasting change in the Gujarati film industry.”

Anand Pandit has so far produced 53 films in languages including Hindi, Marathi and Gujarati.

Bollywood celebrities are often seen at parties hosted by Pandit.

Pandit had earlier co-produced a film ‘Chehere’ with Amitabh Bachchan. Apart from this, he also produced the film ‘Big Bull’ with Abhishek Bachchan in the leading role.

It seems incredible that a living legend like Amitabh Bachchan will be seen in a Gujarati film. The Gujarati film audience would surely be eager and waiting to see him deliver dialogues in Gujarati, with his unique and charismatic style!