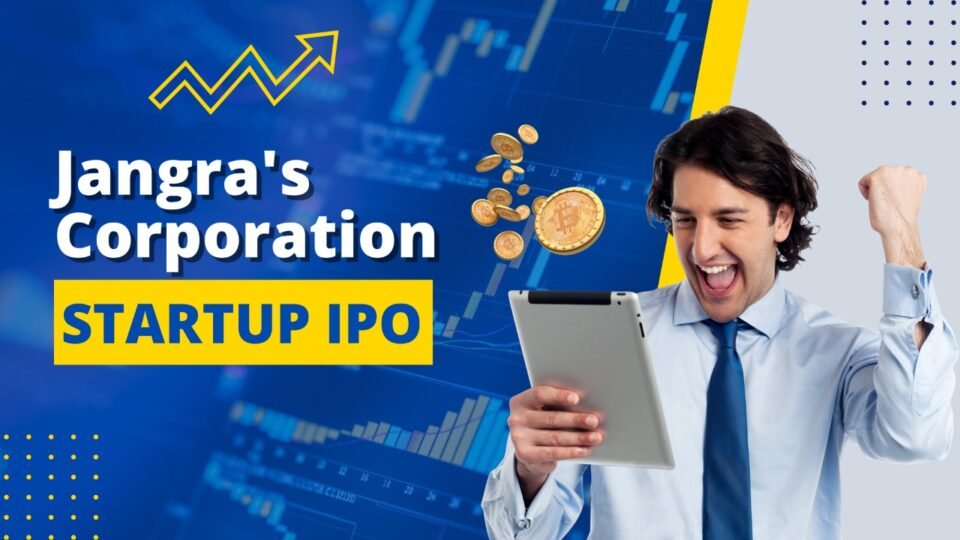 Jangras Corporation (https://www.jangras.co) is one of the leading business groups in India with a vast portfolio of companies under its umbrella. The group is now planning to go public with an IPO for its startup companies. This will provide much needed capital for the group’s expansion plans and also allow it to tap into new markets.

What is an IPO?

An IPO is an initial public offering, which is when a company sells shares of itself to investors. This can be done to raise money for the company, or to let employees and early investors cash out. IPOs can be a risky investment, but can also offer high rewards if the company is successful.

Jangras Corporation is a holding company that was founded in 2014 as Jangra Groups of Business. The company has a number of subsidiaries, all of which are involved in different aspects of the business world. One of the most notable subsidiaries is Jangras Payment Services, a banking & payment firm that has been instrumental in helping in digital banking & cross border payments.

Now, it looks like the company is gearing up for an IPO, with reports indicating that it could happen as early as next year. This would be a major event for the company, and it will be interesting to see how it affects its various businesses.

Why is Jangras Corporation going public?

Jangras Corporation is a holding company that owns and operates a number of businesses in a variety of industries. The company has been privately held for many years, but is now planning to go public through an initial public offering (IPO).

There are a number of reasons why Jangras Corporation is going public. One reason is to raise capital to fund the growth of its businesses. Going public will also give the company a higher profile and provide liquidity for shareholders.

Another reason for the IPO is to allow Jangras Corporation to acquire other companies. By going public, the company will have access to more capital, which can be used to finance acquisitions.

Finally, going public will give Jangras Corporation’s employee shareholders a chance to cash out some of their equity. This can be particularly attractive to employees who have been with the company for a long time and have seen it grow significantly in value.

This could provide a significant financial windfall for those who have been with the company for many years.

The Jangras Corporation IPO is expected to be well-received by investors, given the strong track record of the company’s businesses. This could be a great opportunity to get in on the ground floor of what could be a very successful publicly-traded company.

What does this mean for Startups?

The Jangras Corporation is planning for a Startups IPO, and this could mean big things for young companies. If the Jangras Corporation’s IPO is successful, it could set a precedent for other startups to follow suit. This could open up a whole new world of opportunities for startups, and change the landscape of the tech industry forever.

How to participate in the Jangras Corporation IPO

The Jangras Corporation is a large conglomerate that owns several businesses in different industries. In order to raise capital for expansion, the company is planning to go public through an initial public offering (IPO). This means that ordinary people will be able to buy shares in the company and become partial owners.

If you’re interested in participating in the Jangras Corporation IPO, there are a few things you need to know. First, you’ll need to open a brokerage account with a firm that’s authorized to trade Jangras Corporation shares. Once your account is set up, you can place an order to buy shares when the IPO goes live.

It’s important to remember that IPOs are often oversubscribed, which means there may not be enough shares available for everyone who wants to buy them. As a result, you may not get all the shares you want, or any at all. But don’t let this discourage you – even a small investment in Jangras Corporation can reap big rewards down the road.

Jangras Corporation is planning for Startups IPO for group companies. The company has been working on this for some time and it is finally ready to go public. This is good news for the company and its shareholders.

Chem-Trend India, a brand of Freudenberg celebrates 30 years of business in India