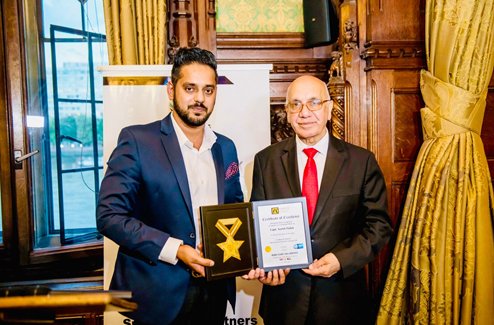 Due to his expertise as an election advisor and his intrinsic knowledge of political affairs, Captain Sumit Yadav was invited as a leading delegate in the Ideas for India Conference in London, UK, making him the “Political Analyst of the Year” in the Asian Awarded also.

Also, recently Russian Government invitation to 15 election experts and Political experts across the globe, was for Russian Parliamentary elections, of which Caption Sumit Yadav represented India.

The UK Excellence Awards 2022 was organized by WBR Corp in the House of Commons UK Parliament. Ideas For India focused on creating valuable channels of conversation.

The incident of misinformation and misinformation takes root Evolve and grow and can harm the real world. How India has been affected by this problem across society, how conspiracy theories go viral through narrative localization will be explored? What measures can law enforcement take to stop the spread of fake news? The partners included the India All-Party Parliamentary Group.

Even before this, Sumit Yadav has represented India on many international occasions. He has addressed a youth gathering at the United Nations Geneva, Switzerland. and United Nations New York, USA Headquarters 4 times. In 2018, Sumit Yadav has also received the Global Youth Peace Ambassador Award in Maldives by the President of Maldives.

Korea’s No-1 Noodles that bring the flavour this summer