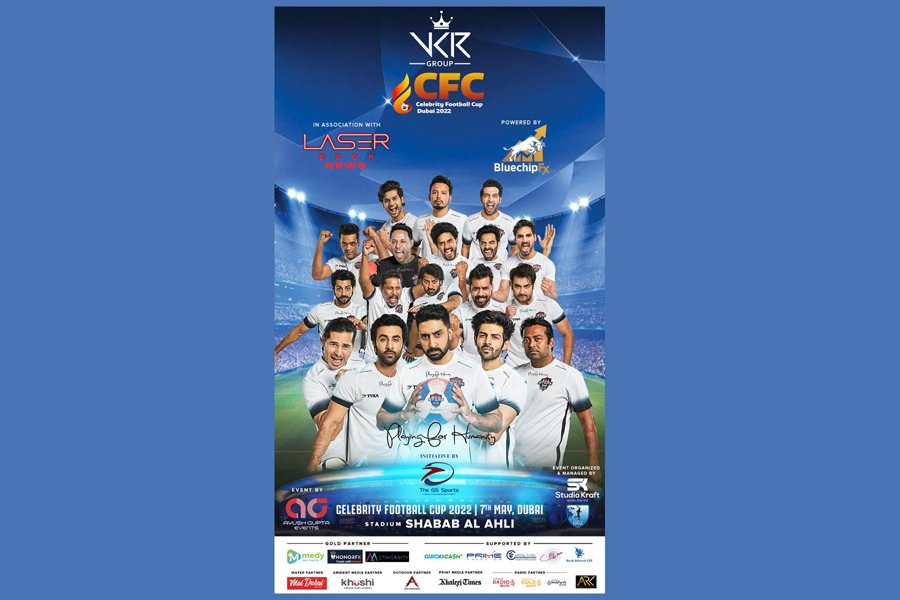 Dubai, gear up for some star footie fun!

Football fans across the globe are in for a treat, this summer! Get ready to cheer for all your favourite B-Town Celebs, as they head to Dubai for a fun match.

Bunty Walia’s team-All Stars Football Club will be pitted against a local team, Emirates United on 7th May in Dubai.

So book your tickets for the showdown now to spot the Captain himself, Abhishek Bachchan along with Vice Captain Ranbir Kapoor and Star player Kartik Aaryan, and other Celebrity Team Members to play a friendly football match in Dubai at the Shabab Al Ahli Stadium Mamzar.

The news was confirmed by Mr. Ayush Gupta of AG Events, “I am excited to organise this event in Dubai. The team is more excited to play for a good cause and especially meet their fans in the UAE! We’ve already got multiple queries for tickets before even going live. The fans are already rooting for their favourite ASFC.”

Fans can expect a showdown of mammoth proportions! The stadium is all set to usher in the fun.

Now just in case all of that excitement wasn’t enough for you, let us tell you about your other favourite celebrities including Dino Morea, Shoojit Sircar, Shabir Ahluwalia, Vivian Dsena, Leander Paes, Aparshakti Khurana, Harpreet Baweja, Karan Wahi, Armaan Ralhan, , Shashank Khaitan, Rohan Shresth, KVM, Ahan Shetty, Abhimanyu Dasani, Jim Sarbh, Samir Kochhar – who are all on their way to see you at the stadium!

“Abhishek, Ranbir & Kartik are practising regularly along with others for this. They are very passionate about the game, and are super excited to play with Emirates United! We are all focusing on the “giving back” by supporting a good cause.” States Bunty Walia, owner of ASFC.

Gladson Soans & Vasant Joshi from the organising team believes that the fans are in for a memorable one! “Team Studiokraft is going to go all out to make sure that the fans get to experience this one of a kind match in Dubai! The promotions have already begun in full swing.”

One thing’s for sure, whoever wins or loses, the fans will go back with memories and an exciting experience of it’s kind.

For more information on tickets and event, visit WWW.AGEVENTS.AE