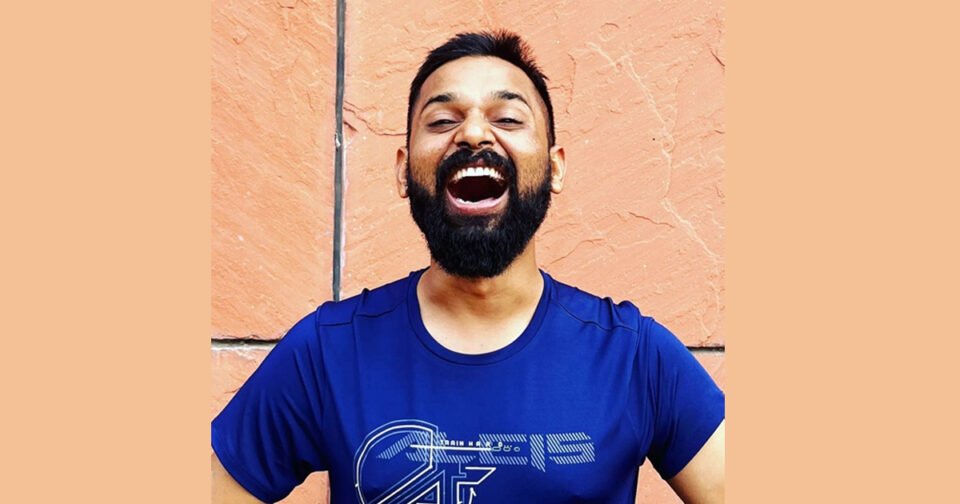 India ranks 136th in the ‘World Happiness Index,’ a survey done by the illustrious United Nations Organization. But did you know that India also holds the record for the “World’s longest laughter?”

Rajendra Kumar hails from the pink city of India, Jaipur and is a master in ‘Yoga and  science of living.’ Rajendra comes from a humble family but is a globally known face due to his expertise in Asana, Pranayam, and Dhyan. He is the blue-eyed boy when it comes to Yoga training and Laughter Yoga therapies. Rajendra boasts of a prestigious congregation including Kuldeep Ranka, secretary to the Chief Minister of Rajasthan.

World Laughter Yoga Master aka Rajendra Kumar is known to make anyone and everyone laugh with his hysterically infectious laughter. There are known cases of successfully calming anxiety and headaches with an hour of Laughter Yoga Therapy to his credit. Rajendra says, “I am beyond delighted about the fact that God has bestowed upon me the gift to make others laugh. Laughter is indeed the best medicine, with laughter our body secrets happy hormones taking away all our stress. Stress is the biggest disease. Nowadays, people are attuned to being stressed so much that even if someone else is laughing, or smiling, it will add to their stress, it is really ironic. Today, under the guise of sophistication, people have really forgotten how beautiful it is to laugh your heart out. I really question this fake hypocrisy wherein a person is immediately judged if he laughs out aloud. In fact, laughing out aloud is a sign of having a good heart, a positive mindset. After being crowned as the “World Laughter Yoga Master,” I am even more determined toward my mission of spreading joy, and happiness. One’s laughter can indeed cure a lot of diseases, physically as well as psycologically.”

Rajendra’s Laughter Yoga therapy is increasingly acquiring fame amongst corporates, Oshodhyan lovers and healthcare facilities to lower the stress levels at work. His sessions for the medical staff, doctors and nurses at prestigious hospitals like Fortis Escorts Hospital, Santokba Durlabhji Memorial Hospital, HCG Cancer Centre, Bhagwaan Mahaveer Hospital Mangalam Plus Medicity is well known. His Laughter Yoga therapy is a favourite co-curricular activity in the medical fraternity, corporate offices and many more organisations. Rajendra further adds, “I really love what I am doing. Laughter Yoga isn’t as simple as it may seem. Imagine you’re entrusted with the responsibility of diverting someone’s mind for a given time period and inducing him to be happy, to laugh his heart out.” He further recalls breaking the world record, “It was surreal experience. Who doesn’t like bringing glory to his motherland? I am really proud about the fact that India holds the record for the ‘longest laughter.’ I am open to challenges; in fact, I am really looking forward to seeing someone break my record soon. After all, competition is the key to self-betterment.”

Rajendra is also spreading happiness and pioneering Laughter Yoga with virtual sessions in countries like Brazil, USA, UAE, Singapore, Italy, Africa amongst others, earning him the tag of ‘International Laughter Yoga Guru.’ Along with this, Rajendra Kumar also keeps taking seminars of Yoga and Laughter in Rajasthan State Institute of Public Administration (OTS).

Rajendra is not new to breaking and making records. He has previously made a World Record of performing ”Upavistha Konasana” or “wide-angle seated forward bend,” mid-air on a bike and holding it for 20 seconds, last year. He has been practicing/teaching Yoga since many years and has won several accolades at district, state and national level.