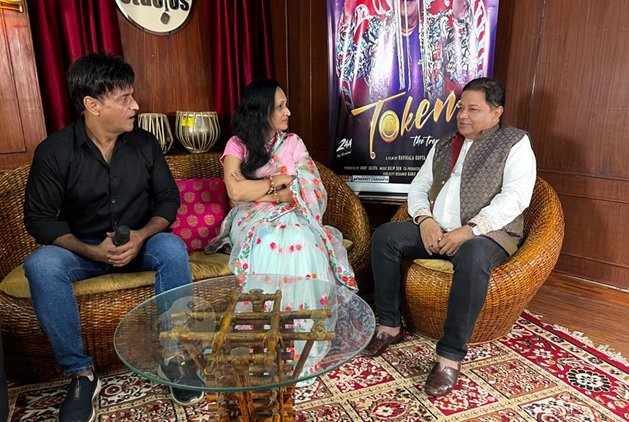 Mumbai (Maharashtra) [India]: From the movie “Token The Treasure”, director Ravikala Gupta debuted in Bollywood. During a press conference, she said, “This is the great phase of women directors in Bollywood. Because I believe the woman’s point of view has not gotten the proper attention at the box office, and for me, I am very much hopeful that the audience will support me for this film. As a female director, there are still a lot of hurdles I have faced during the shooting of Token the Treasure.

When the media asked about whom she would give credit for her film, she said, “Calling The Shots as a female director has never been an easy cup of tea for me, right from writing the story, directing the film, and arranging a producer who can back my dream project. From the bottom of my heart, I would like to thank Padam Shri Anup Jalota Ji and co-producer Harsh Gupta. Without them, this project would have never seen the light of day had Anup Jalota not been supported as producer. Previously, director Ravikala Gupta has been a part of many projects. She has directed many commercials, music videos, and documentary films over the years.

Going further, Director Ravikala Gupta said “Token The Treasure” is a story close to her heart. I wanted to tell this story for a long time. I had been waiting for the right moment, and this is it. I think my film is very special because the story has been told from a female point of view; it’s a comedy-drama, and I believe the audience will support me in my debut film because the film carries a very special aesthetic sense of storytelling; the film is neat and clean, so you can go with your family and enjoy your time.

In the interview, Ravikala Gupta also mentioned that some of the renowned names in the entertainment industry spoke to me and congratulated me on my film, Token The Treasure. We spoke about why Bollywood must celebrate female producers and how they are writing success stories.

The story is all about a middle-class family living near Agra city’s outskirts. The family has many economic issues, as usual in the middle class. One day, a family decides to sell their ancestral house (Haweli) to overcome the situation and settle in the central city. With much effort, they finally made it happen. In a sudden twist in the story, they come to know that Haweli has some ancestral treasure inside. Now the journey starts to get Haweli back. The story has many fascinating twists and turns with the expression of real-life experiences. It is all dramatically presented in the film “Token The Treasure.”

T-Series has released the film music for Token The Treasure. Here is the link: