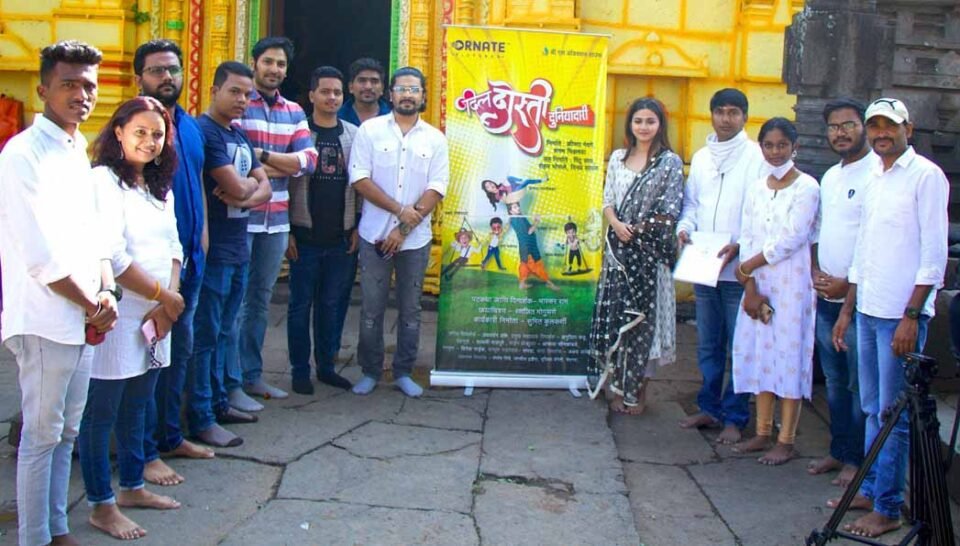 Going further, the director of the film, Bhaskar Ram, said this film has an immensely unique characteristic. My Marathi film, Dil Dosti Duniyadari, revolves around the aspiration of a young man who wants to achieve something in his life despite having obstacles in his way. In other words, I can say this film is a story about an average middle-class boy who has a dream of becoming a successful singer.

According to the producer Krishna Medge, in the movie Dil Dosti Duniyadari, the central characters have been played by Shubhankar Tawde, Dnyanada Ramtirthkar, Parth Bhalerao, and Shivraj Walvekar, and everyone has justified their character in the film. My team has worked very hard to come up with this beautiful film. I give full credit to my team members, Director Ram Bhaskar and Executive Producer Sumit Kulkarni, for their hard work and delivering such a film that will be a feather in the Marathi film industry’s cap. Our film, Dil Dosti Duniyadari, is going to entertain every age group. It is a family entertainment film. I believe I have never seen such honest storytelling in any Marathi film in recent times.

Adding to his statement, director Bhaskar Ram said, “Although the film Dil Dosti Duniyadari is set to release in November 2022, we have already been blessed with many memorable comedy movies this year at the box office. It appears that people need a good laugh now more than ever, especially considering the challenging times we’re currently living in. Indeed, movies are a sanctuary for many of us, and what better way to distract yourself from the daily atrocities than by watching a good comedy movie that has the ability to pull genuine giggles out of you? In the end, I would like to thank my producer, Krishna Medge, who has been a great friend of mine, and all the star cast singers, technicians, for their outstanding contribution and the hard work they have put into Dil Dosti Duniyadari.

Here is the link to a motion picture of the Marathi film Dil Dosti Duniyadari: