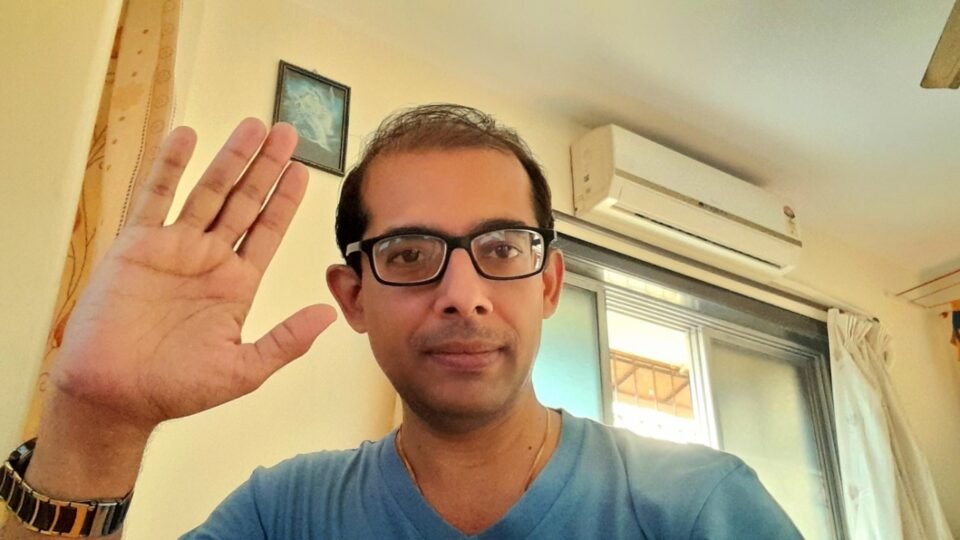 Today, we are delighted to share the story of a 45-year-old entrepreneur and a college dropout from Mumbai who never gave up on circumstances to become a millionaire through small investments.

It is the story of Kejal Kapadia. He is a 45-year-old; let’s jump back to his Early Life as a Student In his 11th Class when he was attracted to money.

His mother was in General Insurance, and his father was in Life Insurance. The day he received his 11th class result, he lost his father. Since his mother had a government job, they didn’t face that many financial challenges, but this incident opened Kejal’s eyes to the need for a healthy bank balance and insurance.

He slowly started to help his mother and eventually got more exposure to wealthy business people whose insurance policies were managed by his mother. He also trained himself in computer arts and started giving training to these businessmen for the implementation of computers in their businesses.

This was back in 1995-96 when most people were still running businesses without computers and mobiles! He got so involved in the training and helping his mother’s insurance clients that he just left college!

He joined Life Insurance in 2001 but failed, and soon, he realized that most people only listen to their parents and families for their financial questions. No one is thinking about their future In the event of the death of the earning person of the family.

Surprisingly, the other insurance advisors were selling insufficient insurance to their clients without explaining it to them. But on the brighter side, he now learned about the coaching part of personal finance. As he was already into computer training, the personal finance coaching was a no-surprise attraction to him.

Kejal met with a Mutual Fund advisor on a Mumbai Local Train, and out of curiosity, he invited him to his home to learn more about the financial instrument. The advisor gave him a good knowledge of the mutual fund industry and its products. Kejal saw the opportunity in this investment and immediately grabbed it.

He started with a minimal amount as his earnings were not that good, and he did not have a fixed salaried job, so continuing the investment for a long period was a challenge. Then also, he and his wife started the investment and managed to stay invested for more than 12 years. Can you think of the outcome? This small investment has now turned into a pool of millions of rupees!

He and his wife never stopped investing, even when there was a market crash or during the time of American Economic Recession during 2008-09. He didn’t even give a single thought to the poor market conditions of India during 2015-16 because he knew that the market would always have up and down cycles.

It was so appealing to him that he joined that advisor to learn about the business as much as possible. He gave the government exam to become an advisor himself and got cleared on the first attempt only. He is now a certified personal financial advisor and coach to Young Adults mentoring Financial Fitness Mantra.

He is on a mission to help 1,00,000 Young Adults to make them Wealthy. You can be a part of it and get rich with his guide and a specific plan based on your financial problems and dreams.

You may ask why Young Adults (20 to 30 years age group). So, these Young Adults generally depend on their parents and families for their personal finance and financial goals. They rather fail to achieve it and, during their Middle-Age, eventually realize they barely meet two ends because of this dependency on half information. They face lots of trouble managing their cash flow because they don’t know what personal financial management is and how to take advantage of financial instruments to become rich.

Here is where Kejal’s advice can step in. He gives consultation and training in personal cash flow and financial management to provide a customized blueprint for achieving Young Adults’ dreams, economic freedom, early retirement, and generating wealth for their future generations.

Kejal ends his story by giving us the thought that by creating your wealth, you are also contributing to improving our country’s economy.

Thank you, everyone. I hope you have learned something new to inspire you to become wealthy.

A story of a housewife starting from 0 to now making Rs.1,00,000 per month as an Abacus Mind Trainer

Known for her emphasis on women centric and contemporary writings, Mayaa SH speaks on several Insights

Padmalabha Behera an Indian artist, Digital Marketer, Influencer who is mostly known as a Meta model rather and actor

Trigati Packers & Movers: The Best Option for Your Upcoming Move