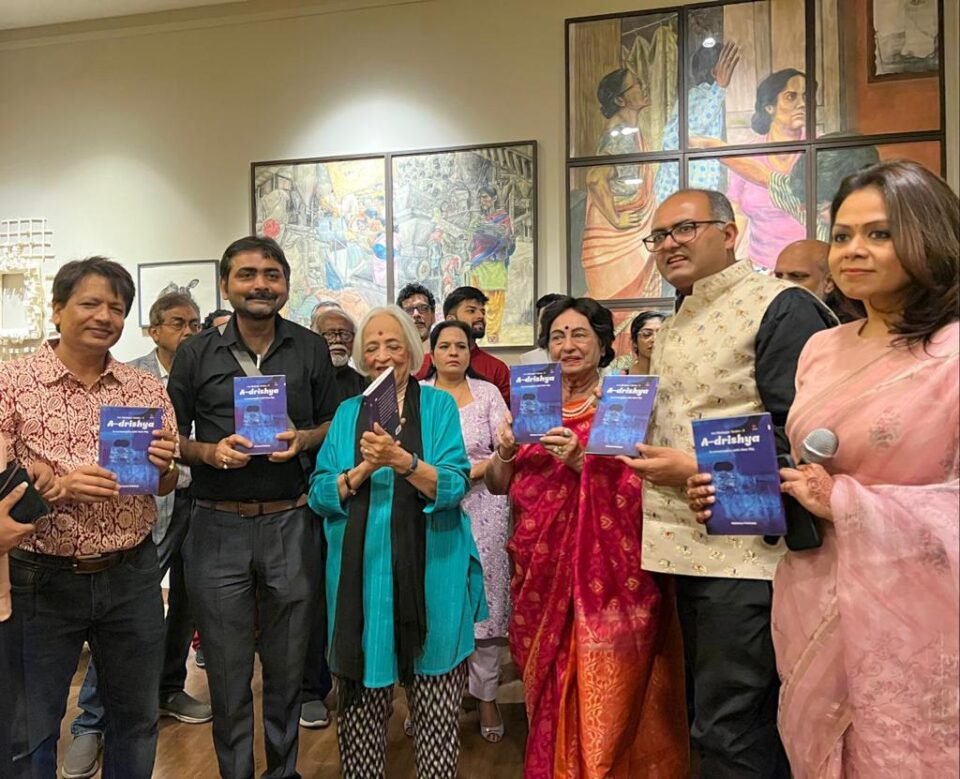 At Dhoomimal Gallery on 15th October 2022, a book on Indian contemporary renowned artist named Hem Raj entitled A-drishya (Art Dialogue Series-1) was released by eminent artists Anjolie Ela Menon and Jagdish Dey in the august presence of lot of invitees and art lovers. This book is written by Abhishek Kashyap. Though he is not an artist or a real art lover, he wasn’t able to capture the pulse of the artist properly. But it is a good effort because we can expect during the time span of future years Abhishek will reach his goal.

Apart from this book review I can say about the artist because I knew Hemraj over two decades and have interacted with him a lot of times. His works move you and will make you think for a long time. Though his works are in abstract format but if one can see very minutely then it can be revealed that there always lies a nostalgic feeling which is absolutely of his own. The design elements reflected in his works are not attributed by the artist; rather those are a spontaneous overflow. Very controlled and swift swirling brush work not only roams about in his work but also includes the viewer. He tries to create depth and dimension by juxtaposing warm and cool colours like vermilion, yellow, blue, green and mauve and sometimes his brushstrokes are reminiscent of white birds flying into the open sky. Not only free movement of colours but also tonal variations and few lines here and there- this is the world of Hem Raj. His paintings are as if to be absorbed. The tonal ranges of his works are really amazing. There are colours, tones, forms and above all a landscape or we may accept it as ‘Mindscape’. We see a landscape and yet don’t recognize it as one.

Landscape is the begining of these works and they end up in abstraction. We may recognise his works as ‘Neo-Abstraction’. To conclude this book review i.e. ‘A- drishya’ I can strongly point out that there are few wrong pieces of information mentioned by the writer which will be corrected in the next edition otherwise people will not be able to know the real things.

Pozitive Planet ready to sponsor a free skill development programme to hire & train youth in tier-2 cities: plans to hire 500+ employees in the next 1 year