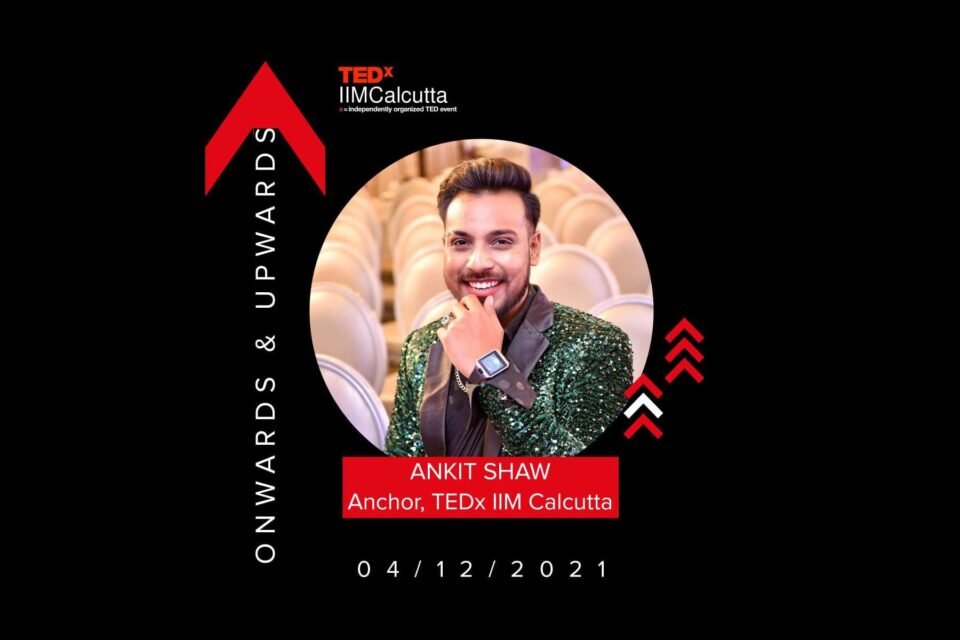 TEDx is a non-profit organisation and one of the biggest platforms in the world. Like every year IIM Calcutta has organised a Ted Talk with eminent speakers, Grand shows require grand emcee too and Ankit Shaw is the best name in the city for high profile events which requires Good command Over language, diction, Well researched, Business and general knowledge about such show flows.

Ankit has been a TedX speaker in the year 2019 at Vikramshila where he spoke: “How to break Stereotypes and build an Empire” he talked about his life struggles and how he evolved as a warrior.

This year eminent guests from different walks of life graced the show the quality of speakers took the show to another level and Ankit with his witty and classy style engaged the audience and did the best introduction of guests.

Ankit added, “Virtual Events are always tough to host if compared to live and physical events, One to one physical events are easier as an Emcee I understand my audience better and interact and learn about the guest speakers which hugely gives me time to understand them but virtuals are tough but interesting too as there’s no space for loosing time.”

Baby Blobs – An NFT That Grows With You