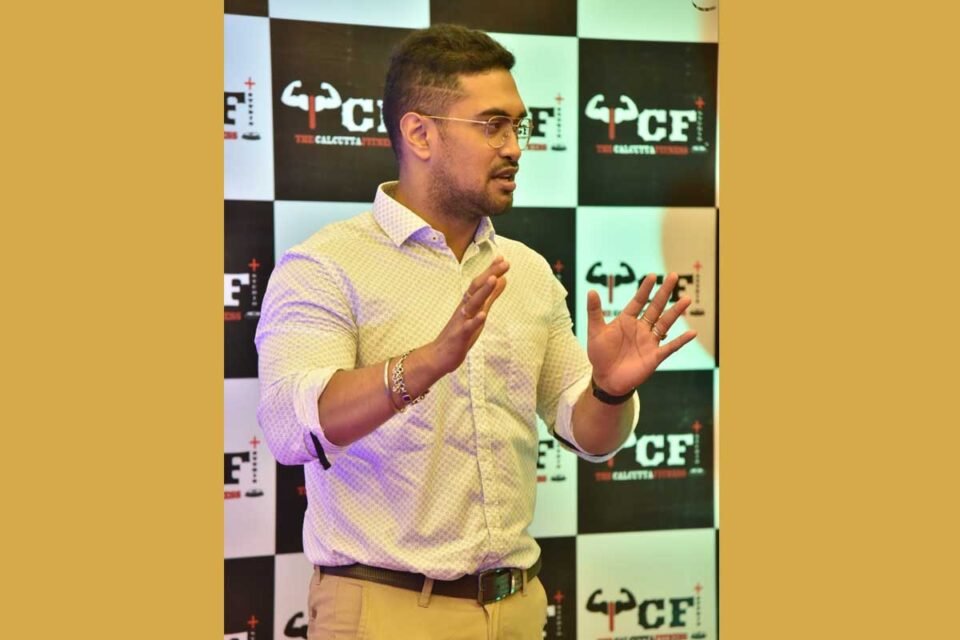 Sayantan Karmakar after getting rejected from 17 companies, he finally managed to secure a job at CTS as a Programmer Analyst. He had great hopes of doing something big out of that opportunity, but destiny had planned something else for him. In a very short span of time, the work culture became very disappointing and demotivating for him as he was not getting the amount of appreciation for his efforts and dedication towards the job role. The feeling of job dissatisfaction made him rethink about his inner capabilities and skills to do something out of the experience that he had gained in his technological job role. Sayantan started thinking of developing software applications but was confused what to do and how so that he provides him with an alternative career opportunity and a sigh of relief from the mundane job life.

In the meantime, Sayantan Karmakar being a gym freak was actively associated with intense workout session. One day while he went to renew my gym package, he had to wait for an hour or so as the concerned person was not able to fetch handwritten records of his last membership renewal. This gave him an idea to maintain these records with the help of a gym software. But to his dismal, although he succeeded in developing a suitable software application, Sayantan had no one to sell it to or give to check its usage effectiveness. Here begins the greatest struggle of his life, procuring of suitable leads to sell his software. He made random calls to gyms operating in Kolkata with a hope to get at least one positive response. After trying hard for a month or so, he successfully managed to give a demo of his software application to one of the prestigious gyms and even succeeded in selling. This boosted his morale and kept on trying to sell it to as many gyms as possible. However, the pathway was not an easy one as he was still associated with his job. He had to manage his daily job tasks and at the same time visit gyms to provide demo of his software application.

There was one point of time when Sayantan Karmakar had to choose between his job and budding desire to become an entrepreneurship with the gym management software. He left his job in March 2018 and started focusing on selling the software which he had named as Digifit Software. The pathway was full of ups and down wherein he was subjected to severe negativity and criticism from several gym owners, the most impacting one being ‘Pain in my ASS’. Slowly but gradually, Sayantan Karmakar succeeded in selling the software to quite a few number of gyms and eventually the number rose of 250+. This was not the end of accomplishing my entrepreneurial dream, instead in provided him with an opportunity to diversify my focus on doing something else out of the money gained in this process. Karmakar came up with the idea of opening a gym in partnership with one of my friends in August 2018, The Calcutta Fitness Studio Behala.

Sayantan Karmakar was simultaneously running both his software selling firm and the gym center. Once he was able to generate a considerable amount of profit from the gym, he went ahead with the decision to invest it into another branch and hence came up with the second one, The Calcutta Fitness Studio Baghajatin. He followed the business model of investing the profit gained from one operational entity into another and this helped him in coming up with subsequent branches of his gym brand named TCF. This business policy helped him to come up with one of the luxurious gym centers of Kolkata, sprawling over an area of 7000 sq feet amidst the pandemic situation in the year 2021. The race is still on and Sayantan along with his teammates are doing our best in delivering more gym centers across the city along  with software applications.

Data Sovereignty: The Pursuit of Supremacy sold more than 25,000 copies