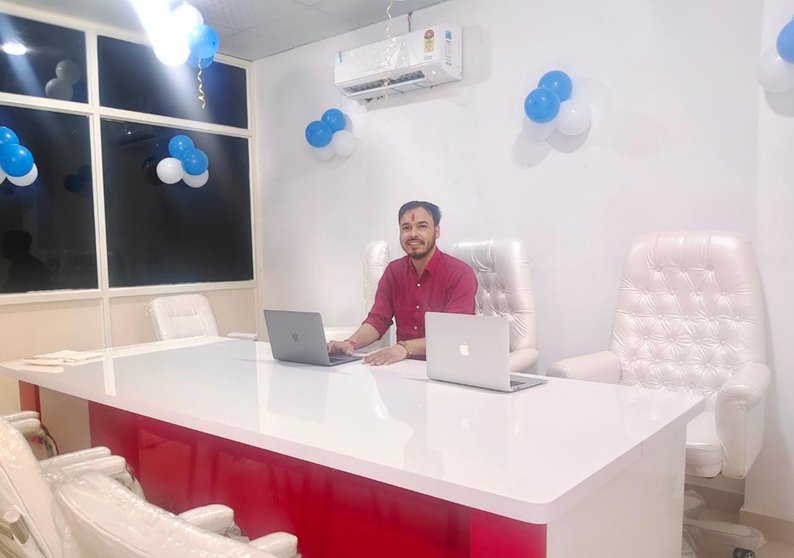 People discussing and commenting on the role of the government and political parties is a scene seen so frequently in India. People pour their opinions about the irresponsible political leaders and the ill-functioning of the government. But people who come up with a remedy to these problems are only seen once in a blue moon. Pointing out the mistakes of others is found more feasible than working on the pitfalls in the system. And while some people recognize these pitfalls they do not even consider it their responsibility to take any action. The rights of the citizens are taught in the school itself but people forget that it is ‘their duty’ to protect their rights by raising their voice against injustice.

On the other hand, there are also some enlightened people among us who are well aware about all the ill activities going on around them and who play an active role in reforming the prevailing situations. Such an active personality is Mohd. Aslam Chopdar, who is not just a titular citizen but a citizen who knows very well how to protect the rights of himself and others!

India is a country with world’s lengthiest written constitution, thus, taking a long time and a hectic process to reach the goal of attaining justice. People with grievances and other needs or requirements are pulled behind due to this hectice process in the long run. Md. Aslam Chopdar, here, acts as a catalyst who puts forth the urgent demands of people before the concerned authorities. In Rajasthan, Aslam has made the lives of students thrivable through his organisation called ‘Rajasthan Rojgar Mahasangh’. This organisation gives a voice to the difficulties faced by the students of Rajasthan before the concerned people.

Aslam has taken action for the understudies both at the regional and the state levels. This journey of reformation started in 2016, when he raised concern regarding the filling of the empty posts in the 2016 REET Teacher Recruitment. Politely presenting their requests and opinions of the students did not do any good to him. Thus, compelled to take some serious action, he along with many others showed discontentment on the entryways of the Judiciary, eventually leading the court to take decision in the favour of the students.

While working diligently for the youth, Aslam did not let the concern of teenagers go out of his mind.

Not every hero comes wearing a cape. And Md. Aslam Chopdar is ‘the hero’ without a cape. A selfless human being, Aslam can also be seen as a true patriot who has a deep consideration about his people. He says, “I don’t plan to do anything for myself, I am a people’s man and my life is devoted to serving society. It is a dismal situation that these gifted understudies need to go through such troubles due to the framework.” He also says, “My battle isn’t with the public authority yet against the debasement that exists in the framework.”

The social, mental and physical crisis caused by Corona pandemic has left a deep scar in the history of human civilization. Yet people like Aslam had tried their best to ease the aching nerves of people. He did so by distributing masks and ensuring oxygen supply for the needies, made arrangements for the underprivileged.

Recently, Aslam Chopdar has taken up the responsibility of 11 poor children who do not have a father.

Aslam Chopdar is distributing free slippers to the children whose feet do not have slippers.

Chopdar has also distributed free books to thousands of children.

His acts of kindness and selfless service to the mankind is an example for those people who sit and criticize the system instead of taking any fruitful action by themselves. Mohd. Aslam Chopdar is a true epitome of a responsible citizen.