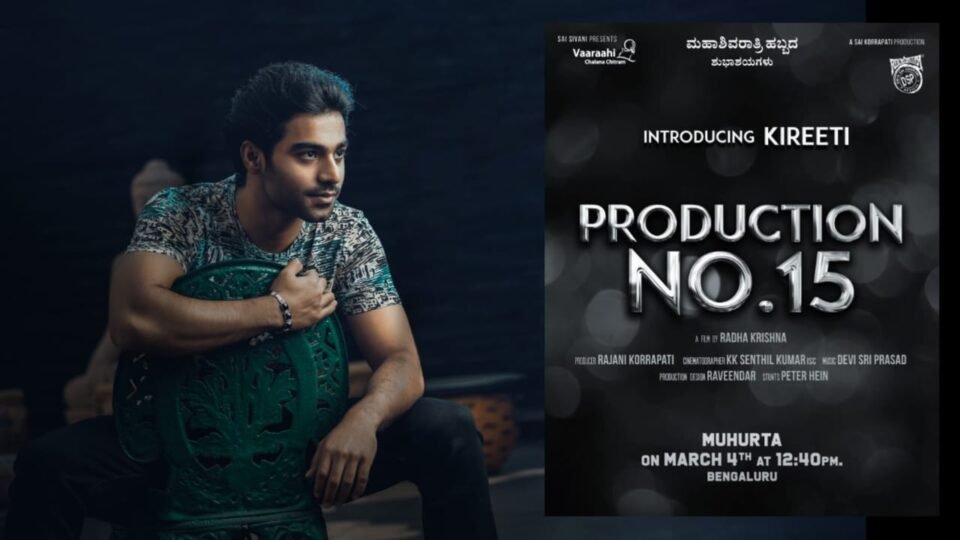 Tollywood’s popular production house Vaaraahi Chalana Chitram which is known for making high budget entertainers as well as content-based movies will be introducing Kireeti as a hero with a Telugu-Kannada bilingual movie to be directed by Radha Krishna.

The yet to be titled movie will be made on a grand scale and it’s going to be a dreamy launch pad for the youngster Kireeti. Billed to be a love and family entertainer, the film will feature some noted actors. The makers have also roped in top-notch technicians to handle different crafts.

The film to be produced by Sai Korrapati will have music by Rockstar Devi Sri Prasad, while Baahubali’s lensman K Senthil Kumar will take care of cinematography. Raveendar is the production designer and India’s top stunt director Peter Hein will choreograph the action sequences.

The film’s grand launching event will take place on March 4th. Other details will be divulged soon.

Ls Film: One stop solution for all what your brand needs