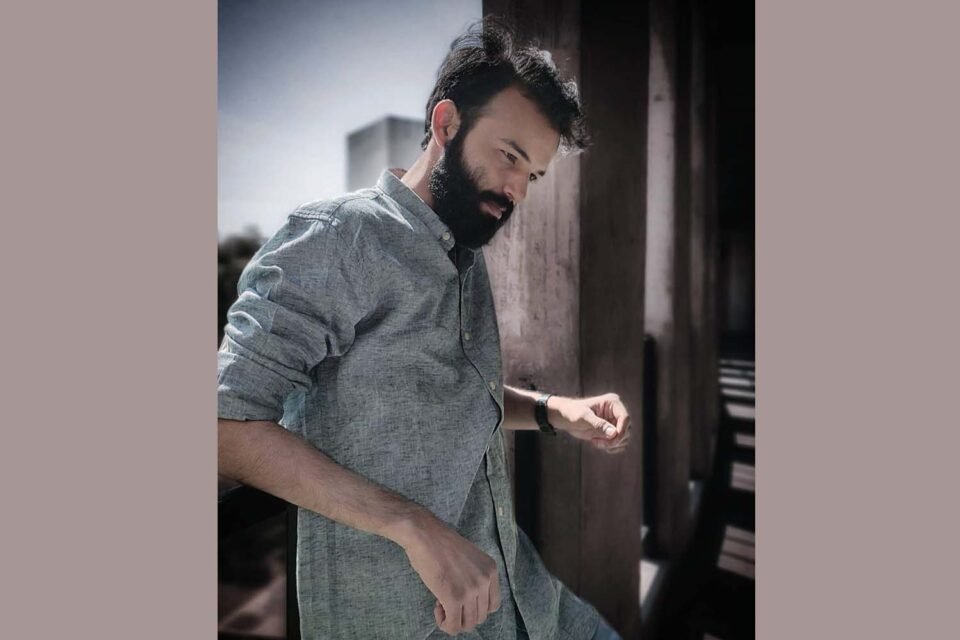 Kaushal Vyas is a Gujarati Film Actor, he started his career in modeling after college Graduation & took a part in many events of modeling agencies.

After completing the acting workshop he started giving auditions. He faced lots of failure and rejection but never lose hope. He did many projects like Album songs, comedy series in Maruti films, Short films etc. in the struggle phase of his career.

Finally, in 2019, he got an opportunity to work as Assistant Director in Kem Chho? Gujarati movie. He got a chance to play a very important character in this film too and this film was released in 2020 and got the huge success that time.

In 2021 he got a call for “RAADO” which is directed by Krishnadev Yagnik & starring Yash Soni, Nilam Panchal, Hitu Kanodiya, Hiten Kumar & many famous actors of Gujarati films. That was a big turning point for his acting career to work with the very famous director of the Gujarati film industry.

RAADO Film is based on the action genre and “Kem Chho?” was a drama/Comedy type of film. So it was very challenging to play action scenes. But it all became possible because of supportive the Crew, Co-Actors & the director’s support.

Raado will be going to release this Diwali 2021.

Now he is going to direct the Gujarati web series from his own production & the shoot will be going on the floor this year 2021. Web Series is based on the Sports genre. Which will be released in 2022.