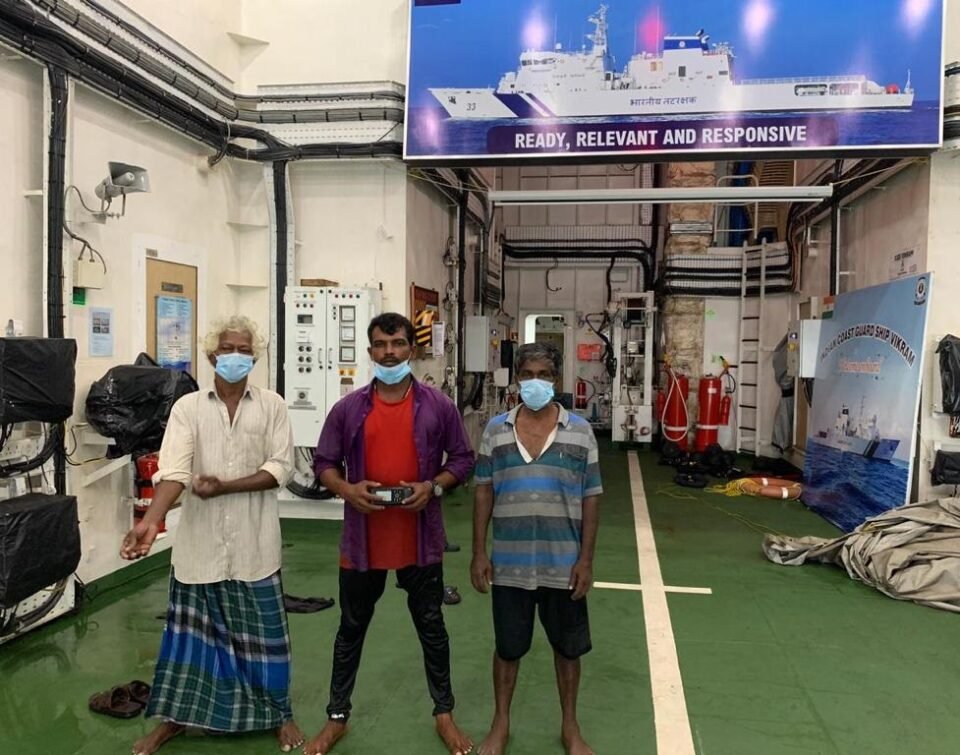 New Delhi : Indian Coast Guard (ICG) has rescued three fishermen stranded in a marooned Indian Fishing Boat (IFB) Badhriyain the Cyclone Tauktae ravaged sea off Kannur. In a swift and daring operation on the night of May 14, 2021, ICG ship Vikram rescued IFB Badhriya which had left Talessary Harbour on May 09, 2021. The fishermen were provided medical emergency treatment onboard the ICG ship. ICG Headquarters No. 4 Kerala & Mahe coordinates the search and rescue operation in the state. District Commander DIG Sanatan Jena, TM said despite very rough sea conditions, ICG ships were out at sea rescuing the fishers trapped in rough sea and wind conditions.

Cyclone Tauktae, which left its impact off Kerala Coast, is now slowly and steadily moving up in northern direction. ICG ships were continuously patrolling the high seas shepherding the boats to safe waters and towards land. The ICG is continuously warning all fishermen about the deteriorating weather condition and impending cyclonic weather through Radar Stations and ICG aircraft patrolling the areas.

The ICG is once again provingits grit and determination by being the saviours, which is in line with its moto ‘Vayam Rakshamah’, i.e.‘We Protect’.