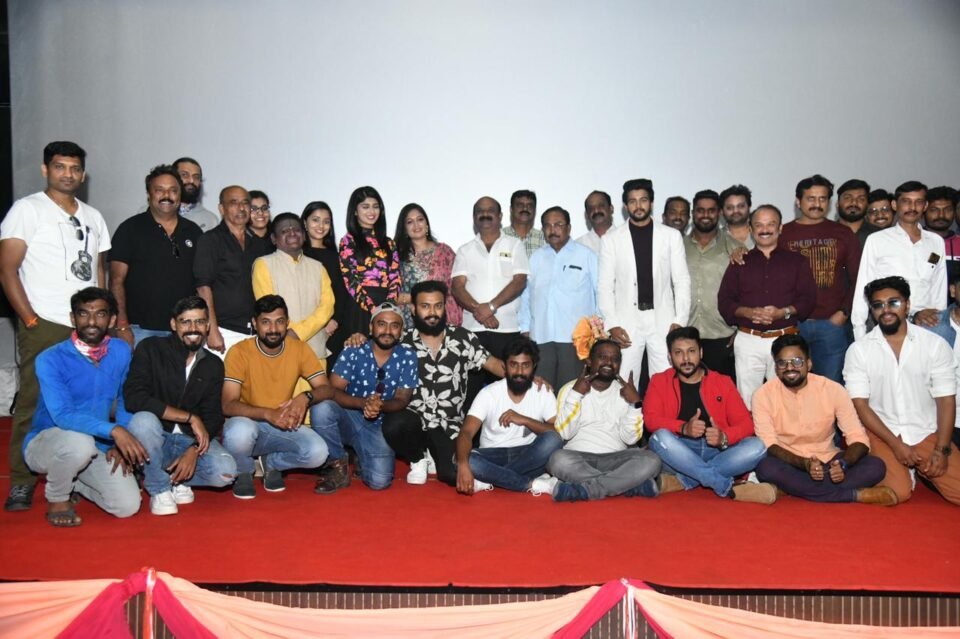 A trailer of ‘Gajaana and Gang Model’ starring Shri Mahadev and Aditi Prabhu Deva was released by Meghana Raj. Actor Abhishek Shetty, who made his debut as a hero with Nam Gani B.Com pass is now donning the hat of a director with Gajanana and Gang.

Actress Meghana Raj praised Aditi Prabhudeva and said was her favourite actress. “I have acted with Shri and he is great actor and a friend. The trailer is really good and I wish the whole team a great success,” said Meghana Raj Sarja.

‘Gajanana and Gang’ as the title says, is a college story-based cinema. Comedy and sentiment are the main emotions in the film. Shri Mahadev is playing two shades in the film. Aditi Prabhu Deva plays a middle-class college girl.

Director Abhishek Shetty is seen in a major role in the film. US Nagesh Kumar has invested in ‘Gajaana and Gang’ under the banner Brindavan Enterprises. Pradyutan has scored music for the film. Uday Leela has done the camera work; Widget Chandra has edited the film. Thriller Manju has choreographed the fights. Raghu Gowda of Bigg Boss fame, Chetan Durga, Natya Ranga, Ashwin Hassan and Shamanth alias Bro Gowda are also a part of the star cast.

Watch the Trailer of Gajanana And Gang: