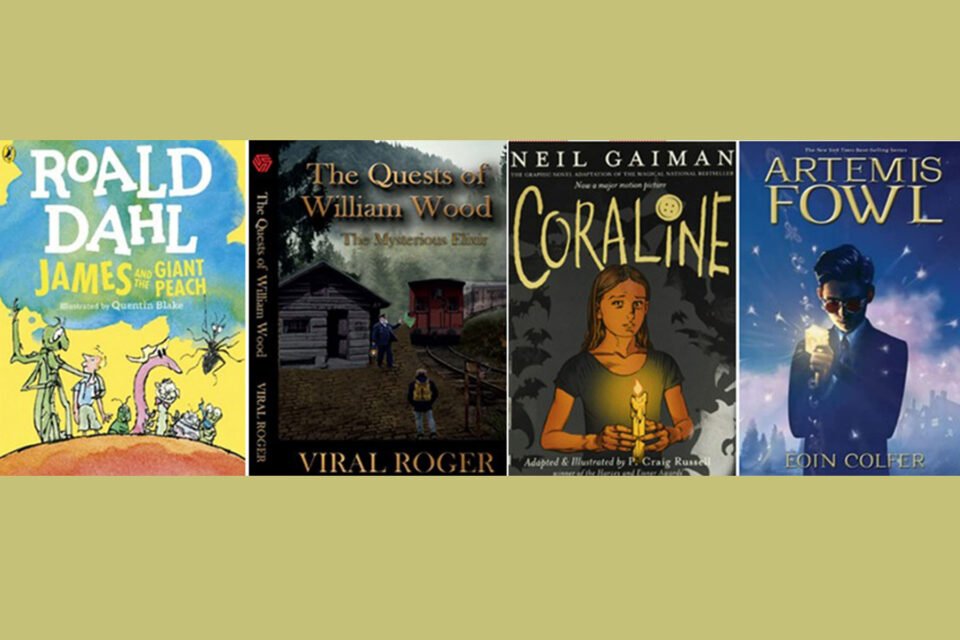 The Harry Potter series is quintessential Fantasy reading. From The Quests of William Wood to Coraline: here are four books we recommend for when you’re looking for your next Fantasy binge.

Few joys are as satisfying yet mellow as the feeling of immersing ourselves in Fantasy novels. The brief moments of suspending the rules of the world to step into another, and the eureka moment of cracking the mystery, are all too familiar to the average fantasy reader. However, fantasy still gets a reputation for being “too unrealistic”, when it is anything but a bliss. Fantasy confronts morality and lifelike happenings through the lens of fiction, something we all need. So here are our top picks on what book to pick up when you’re browsing online book stores.

Being a child is wonderful. It is also a period in one’s life where one is misunderstood, unable to understand the world, and gets into a boatload of trouble. There is a reason Roald Dahl is loved by children and adults alike — Dahl’s unique wit and charm acknowledge that people of all ages can all be foolish. Positioning George, the child, as the underdog who finds family in the midst of a chaotic world outside that mistreats him, Dahl teaches you that you can find family in the unlikeliest of friends. A charming read for when you’re stuck in commuter hell, this unassuming book with its iconic illustrations is a breeze to read.

Quaint towns are filled with secrets and mysteries that lead one to find the true purpose of their life. What a great way to venture into fiction! When William runs away from his home, he stumbles into a small village that holds the key to his life’s mysteries. What follows is a sinister presence looming over, family secrets that take the protagonist to otherworldly places, and the best of friends. Doctor-cum-author extraordinaire Viral Roger has crafted a world so immersive that you quickly get lost in the lives of our lovable characters.

The movie is considered the pinnacle of stop-motion animation, but people often forget about its source material. Coraline tackles the age-old problem we all face in varying frequencies: how do we cope when our lives are uprooted and placed elsewhere? Coraline follows a girl who harbours distrust for her family for moving to a distant land, and accidentally stumbles upon a new world when exploring the house. Imagination at its finest — Cat is one of the most distinct voices in the book despite being just a cat, and the other mother is one of the most terrifying villains to haunt our memories.

Artemis Fowl, for all its brevity and style, is a book about one simple concept, Greed. While the themes of the book are uncovered through the lens of a protagonist who set out on a journey to save his father, the various themes of morality and greed are revealed masterfully. Described as “Die Hard” with fairies, the book is a titular yet immersive piece of fiction that can be read in one sitting.