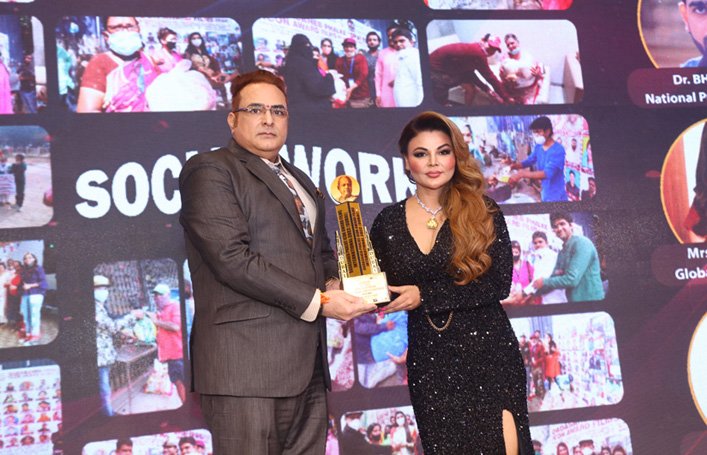 Shri Prahlad Modi, younger brother of Hon’ble Prime Minister of India Shri Narendra Modi was also the Guest of Honour at the event.

At the event itself, Dr Jitendra Matlani was announced as the Vice president of Dada Saheb Phalke films award organisation.

Dr Jitendra said it was quite a surprise announcement for me that I have been appointed as the Vice President of the prestigious organisation.

I would like to Thank Mr Kalyan Ji Jana president & founder of the organisation for inviting me as the Guest of Honour & awardee at the excellent & well-organized event. Dr Jitendra Matlani also Thanked Mr Bherav Jain & Ankita Jana for all the respect and honour given to him at the event.

Dr Jitendra Matlani has done magnificent work during the covid pandemic, he Booked chattered flight in his name from UAE to India and sent almost 400 people back to their homeland, he sent more than 100 oxygen concentrators to various parts of India during the pandemic, earlier also he has been awarded with prestigious Bharat Gaurav Award & prestigious Mahatma Gandhi National Award. He has always been awarded for his selfless dedication towards the Indian community in UAE and back home in India. He is a true son of the motherland soil.

“Bharat Mahotsav” Festival of One India at Oslo, Norway 2022

The path to international peace lies in asserting the leadership of the Global South!

Jitender Kumar Singla, Business icon of Dubai takes over a 5-star hotel on his 50th birthday