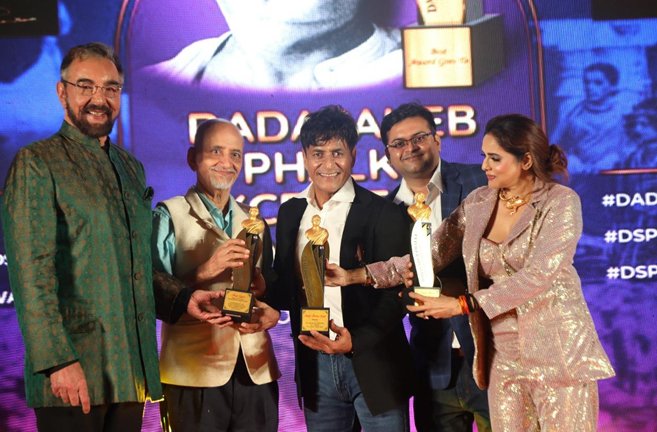 While talking to the media about the actress Poonam Jhawer, the director Sumit Kumar Singh said, “Poonam Ji is one of the rare talents available in the Indian film industry.” Our Bollywood film and entertainment industry has not used Poonam Jhawer’s true potential. What I especially like about her is that she goes into the character’s emotions so quickly that the director’s job becomes easy. I will say that Poonam Ji is one of the rare talents to be found in the industry. While receiving the award from the renowned Indian international actor, Kabir Bedi, director Sumit Kumar Singh said, “I would like to thank all the jury members for considering me for this Dadasaheb Phalke Excellence Awards for Best OTT Director of the Year.” Receiving awards from industry stalwarts like Kabir Kedi Sir will give me a boost to do more meaningful work.

For her extraordinary lead character role, Poonam Jhawer has been awarded this year’s DadaSaheb Phalke Excellence Awards for the Best Youtube Icon Actress of the Year for ‘Tum Bin-The Poonam Jhawer Show’.

Sumit Kumar Singh is an Indian film director with over 13 years of experience in the film industry. He predominantly works in Bollywood. He has directed many TV shows, documentaries, corporate films, TV commercials, and short films. Recently, he directed “The Poonam Jhawer Show” for a leading OTT platform. Director Sumit Kumar Singh is also the founder of Market Chanakya.