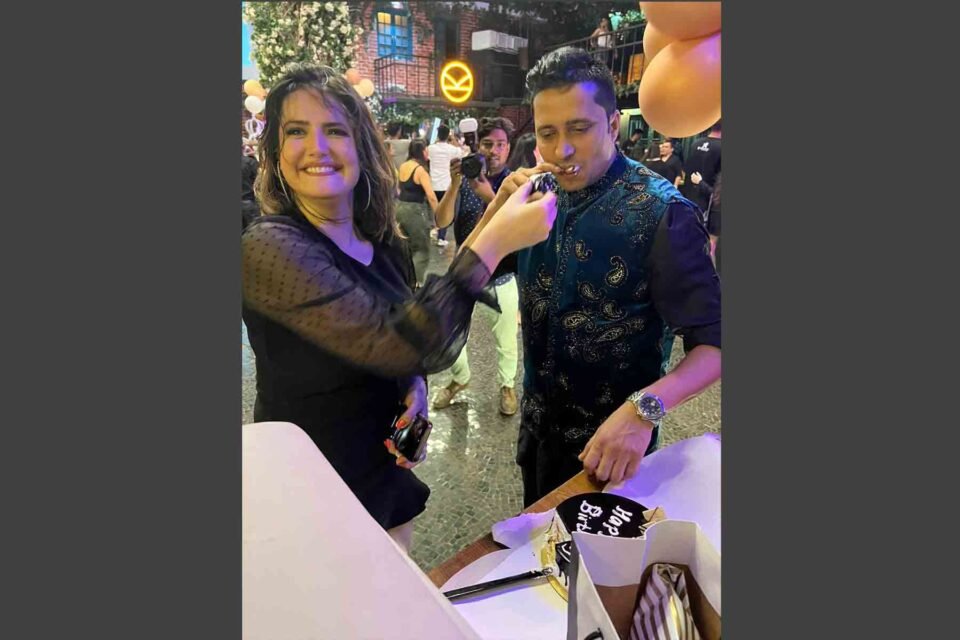 Bollywood actor Faizan Ansari recently celebrated his birthday on May 14th with his favorite actor Zareen Khan, who cut his birthday cake with him and congratulated him on his special day. No wonder, Faizan was on cloud nine as he chimed, “Zareen Khan, who has done superhit movies in her career, and who is a close friend of Bollywood superstar Salman Khan, was kind enough to attend my birthday celebrations. I was touched when she offered to cut the cake with me and also wished me the best afterwards. I am really happy that I could celebrate my special day with her and my family as well as friends.”

Faizan was recently in news when he supported reality TV star Shehnaaz Gill against Asim Riaz inside the house of Bigg Boss during the previous season. Besides, he has never shied away from speaking his mind on public issues like the controversy involving Shahrukh Khan at the funeral of India’s nightingale Lata Mangeshkar.

The Mumbai-based actor has taken his first step into Bollywood along with none other than Shweta Rohira, Salman Khan’s rakhi sister and Pulkit Samrat’s ex-wife. They both appeared together on the cover of fashion magazine Fashioniista recently, where both wore amazingly stylish outfits. The pictures from the magazine photoshoot have already gone viral on social media too.

Having celebrated his birthday with Zareen Khan and appearing on the magazine cover with Shweta Rohira has catapulted Faizan into the league of top Bollywood newcomers. Only time will tell where the journey takes him next.