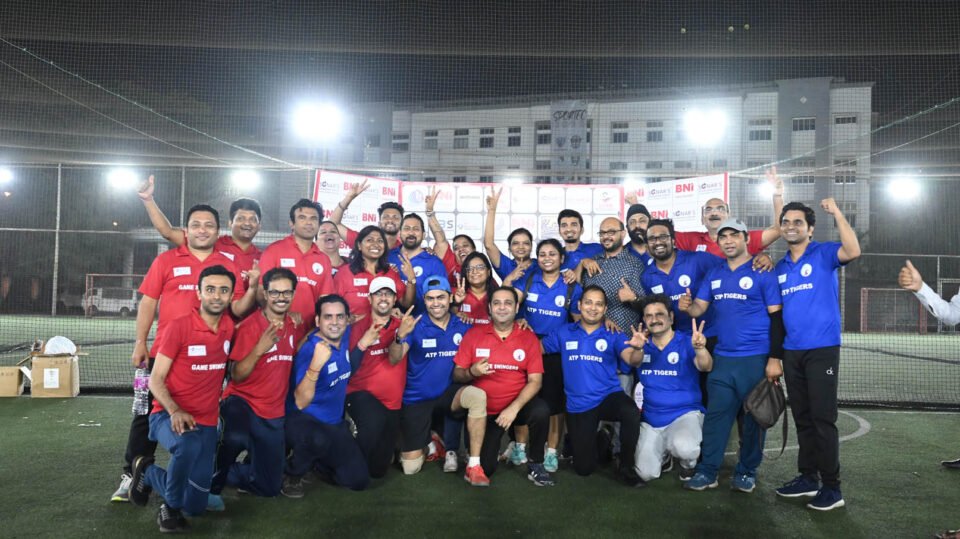 Navi-Mumbai: BNI-Navi Mumbai recently organised a Cricket Premier League for their members. The different teams selected their teammates through a bidding process, which was a very fair and interesting way of selection. A total of 9 teams and 110 members participated in the league making it an event worth capturing.

The driving agenda of this event was to build a strong business networking platform on the ground, so the teams not only play but also network with members across the region. The event was Sponsored by Mr.Rejendra Sonar from Sonar’s Enterprises.

The winning team ATP Tigers took the Regional Trophy for Champion Cricketers in the region.

The Winning Team Captain has to say – “BNI Navi Mumbai gave this brilliant opportunity not only to play and enjoy but because of this amazing mixer of players we also got an opportunity to generate a lot of Business referrals on the ground, which in turn converted into more than 68+ lakhs of business till now.”

But it is not restricted to just this-

The core motive of the event was generating opportunities and business for its members.

Mr Pankaj Harwansh, Executive Director, BNI Navi Mumbai & Panvel, has to say, “One of BNI’s philosophies is- Fun in the Fundamentals. All we did was, we just replaced the meeting rooms with a sports ground. We want to show that business can be generated irrespective, of when you bond well, and trust. And what better activity than a sport can justify this.”

BNI-Navi Mumbai has so far through the Cricket Premier League generated 68 lacs plus of business. The different teams across the region participated in good numbers for this on-ground networking initiative and there are more business opportunities shared, that are to be realised soon.

BNI Navi Mumbai ensured that networking and business are not restricted to just conference rooms and formal meeting set-ups by giving its members unique and interactive platforms.

Ms Neeta Chavan, Executive Director, BNI Navi Mumbai has to say, “I believe that on the ground, playing a sport, one practices leadership, teamwork, and relationships. The Business world in so many ways resemble cricket, where relationships are inorganic and yet play a crucial role in determining success.

In BNI, we want all our members to be all-rounders and that is how they can extensively network at various avenues and levels.”

Mohamed Sultan: The Ace Entrepreneur who has won over the fitness industry even after having Diabetes

Raising the bar for others in the travel and immigration sector, make way for Mirzadegan Immigration Agency