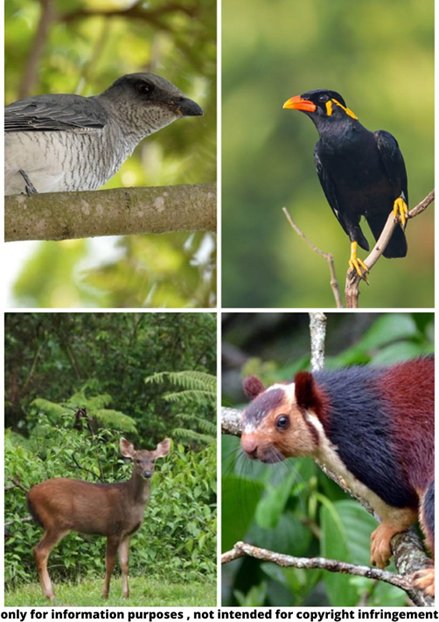 The Barbara forest is located near Chilika Lake in Coastal Odisha touching three major districts namely Khurda, Nayagarh & Ganjam. It is nearly about 5 kms away from Banpur & 124 kms from the capital city, Bhubaneswar.  Barbara is Odisha’s best kept secret. The National Highway connects Bhubaneswar & Berhampur. While at Barbara, one can also visit the Honeymoon Island & Breakfast Island at Balugaon and Barkul. The nearest airport is Bhubaneswar and nearest railway station is at Balugaon. There is a story behind naming this forest as ‘Barbara’.

A British lady with her husband came to Barbara for hunting & was unfortunately killed by a tiger. Under the grieve of his irreplaceable loss, her husband named this forest as ‘Barbara’. Barbara is the only forest patch in the country which is guarded by the Jawans of Central Reserve Police Force (CRPF). The forest is of prominence as it is known as Asia’s largest Sal & Teak forest. The Barbara is covered with valuable & medicinal, the reason not allowed to cut down trees. Thanks to the britisher’s, even today the slopes in the hills hold the natural evergreen deciduous forest. The true life is felt here as you give yourself a little break from the mechanical life you are leading since years.

Far from madding crowd & living a raw life in the jungle, bathe under the waterfall, eating healthy foods, spotting creatures that rare to find, sit around a bonfire and fuel natural warmth, sleep under the open sky, stare at the twinkling stars with fireflies light up the dark & moon singing a lullaby for you and cool wind put you to sweet sleep is all you need.  If adventure is your thing, there is no better place than Barbara to experience all kinds of thrills and activities. This is the perfect place to satisfy your cravings for perfect adrenaline rush but at the same time one need to take a note of the fact that cellular service is not available here. Being, richly famous for the presence of flora, the region also highlights varied wild animals and birds. Its teak plants are about 80ft tall with girth of 10ft and are not native to India.

The area boasts several century-old plants sown by the britisher’s way back in 1910. It is said that the timber mafia worked in tandem with locals, prompting former Chief Minister of Odisha; Biju Pattnaik to seek deployment of CRPF jawans in 1994-95. But in 2016 the state government replaced CRPF jawans with the Odisha Special Striking Force, the move came after the high court vacated the stay it had imposed in 2002 on the pull out of central forces. It is also said that 1000 timber smugglers were also arrested in the first decade of CRPF Jawans deployment. Barbara once famous its tiger now one can find sambar, deer, bison, elephants & most importantly the giant squirrels, the reason called as the haven for giant squirrels.

One can see squirrels running here & there in the trees. Apart from that one can find the likes of Cuckooshrikes, White Shama, Indian Pitta, Hill Myna, Asian Paradise Flycatcher, Rufous Wood Pecker & many more interesting and fascinating birds. It is undoubtedly the heart of wildlife lovers & is a virgin land for wildlife activities and further exploration. A visit to Barbara forest can prove to be a rejuvenating and enriching experience. Not only will it make you feel closer to nature, but it will also give you a better understanding of your country and the beings that reside in it. The small & beautiful ‘Dudua’ waterfall is full of scenic beauty. One can visit Rajin hill top as well which is nearly 2,500 feet in height and is also cool in summers. Here sunlight is scarce since the dense tree canopy prevents the sun from penetrating fully.

The trekking route is best enjoyed in the monsoon months, however, the rainy season is also when the route is most slippery, so proper care must be taken. It’s a far less explored region of the country, making it perfect for thrill-seeking jungle trekkers. There are two nature camps Mahisigotha & Mahulia which is 20km from Barbara rest house. Sabara’s are the inhabitant to this place. Sabaras are also revere of Barbara forest and each of its trees are their god is in the priority list of state government of Odisha for conservation of its unique ecosystem and life form. The surrounding of Barbara  give it a breathtaking backdrop and primarily those interested in wildlife photography, owing to its overall greenery and the fact that it’s home to different species of mammals including elephants and birds.

Nothing can give you more pleasure than enjoying a forest walk in Barbara and gulping down the fresh invigorating oxygen.